The Chinese embassy in Pakistan has requested more security for its ambassador in the wake of information that he is likely to be attacked.

Quoting sources, Express News reported that in a letter written to the interior ministry, the Chinese embassy has said that a terrorist had entered the country to attack Yao Jing.

The embassy has requested the government to take immediate action on the intelligence information, and provide security to the ambassador.

The letter, the sources said, written by the focal person for CPEC, Ping Ying Fi, identifies the militant as Abdul Wali who belongs to the banned East Turkestan Independence Movement (ETIM) – an extremist group which largely operates in the border Xinjiang region. The memo has demanded his immediate arrest and handover to the Chinese embassy.

The China-Pakistan Economic Corridor (CPEC) will connect this region of China with Pakistan’s seaport Gwadar through a network of rail, road and pipeline projects. 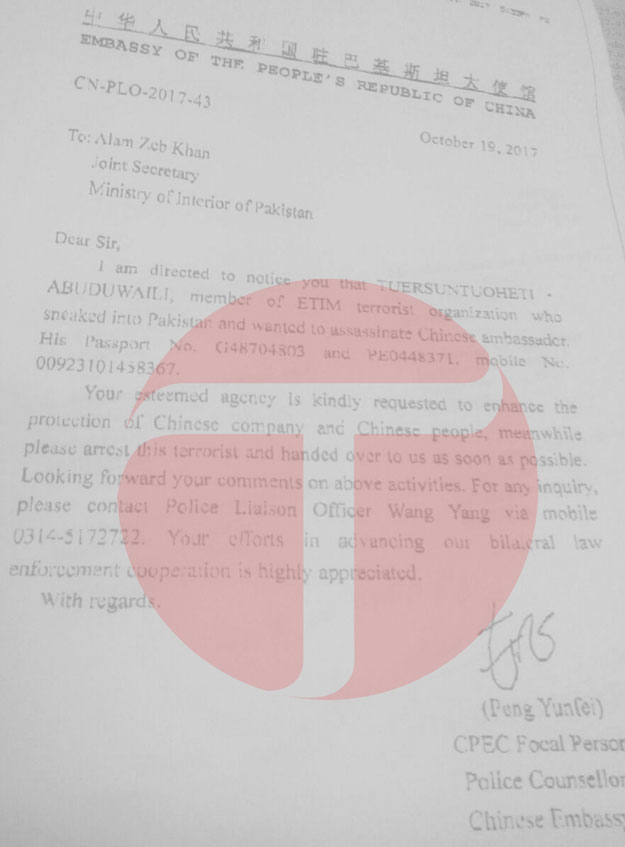 The post China fears envoy in Pakistan might be attacked, requests more security appeared first on The Express Tribune.